SIX SUSTAINABLE INNOVATIONS IN THE MAKING OF YOUR HYSTER® FORKLIFTS

Hyster is working towards achieving ambitious sustainability goals by 2026, meaning your Hyster lift trucks are being created with green manufacturing initiatives and innovative design to reduce emissions.

Here are six ways that the manufacture of your Hyster® lift trucks contribute to sustainability goals.

The plant in Craigavon, UK, where many popular counterbalance lift trucks up to 8-tonnes are built, such as the Hyster Fortens forklift trucks and electric Hyster XN and Hyster XNT electric forklifts, has a new 60,000 square foot extension, which is being fitted out to the highest environmental specifications.

The site has been accredited with ISO 14001:2015 and ISO 50001:2018, which both relate to environmental practice and is on track to reach the goal of reduced Carbon emissions by 30% by 2026. Its environmental performance has also been recognised as among the best in Northern Ireland.

A key green initiative at the newly extended Hyster manufacturing site in Craigavon was to ensure that drainage created from the new building extension would go through a Sustainable Drainage System (SuDS), which mimics a natural drainage system, using soil banks and vegetation to slow water running from the site.

The vegetation and soil reduce the chance of pollution incidents and allow natural infiltration, while the chances of flooding are reduced, and increased vegetation provides more wildlife habitats.

This complements existing measures to encourage biodiversity, which has even resulted in rare species being found on site!

Of course, energy is required to create powerful Hyster products, so efficient energy management is vital. Energy consumption for Hyster globally is decreasing, with a transition toward a less carbon-intense energy mix, and energy conservation initiatives.

For instance, a 1.5 MegaWatt, biomethane-fuelled, CHP (Combined Heat and Power) plant at the Craigavon Hyster truck manufacturing site is planned to be operational by the end of 2022. It will generate 80% of the electrical load and the heat can be used free of charge, leading to significant annual savings.

One key sustainability goal is to achieve zero waste to landfill across all sites where Hyster products are manufactured, by 2026.

Previously, the largest contributor to landfill from the Craigavon plant, for example, was shot waste, with an average of 100 tonnes being sent to landfill yearly. Now most of the shot waste from manufacturing Hyster lift trucks at Craigavon is reused by a local engineering firm that manufactures tractor weights!

Initiatives like this mean that the amount of waste sent to landfill from the Craigavon plant in 2020, was 43.44 tonnes less than the previous year.Plus, 97% of waste produced during the manufacture of forklift trucks at the site is now being recycled.

Similar initiatives are in place at other Hyster manufacturing sites too. For example, the facility developing and making Hyster Big Trucks in Nijmegen, the Netherlands, is now sending zero waste to landfill.

Sourcing, selection, and management of raw materials directly impacts the environment. Did you know that a Remanufacturing Program enables customers to exchange used Hyster parts for remanufactured items? This optimises use of raw materials and enables valuable resources to remain in circulation for multiple lifecycles.

The complete range of Hyster forklift trucks, container handling trucks and warehouse handling equipment, is under continual innovation and development. New power solutions are being added frequently, so that trucks can do more to support businesses’ own sustainability goals. 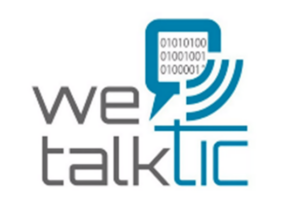 Hyster participates in the iTerminals 4.0 Project 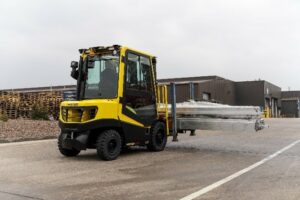 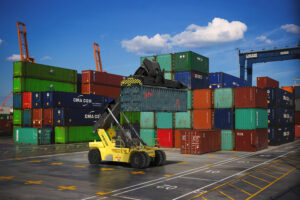