Having a positive impact on the environment is important to many organisations throughout the supply chain. So how is Hyster Europe contributing to environmental sustainability?

At the plant in Craigavon, Northern Ireland, where most Hyster® forklifts up to 5.5 tonnes are produced for Europe, an energy management system has been developed. This includes initiatives such as energy efficient lighting implemented throughout the facility. The factory achieved ISO 50001 certification for its commitment to energy efficiency, and is striving to achieve its own on-site renewable power generation.

At the factory in Nijmegen, the Netherlands, environmentally friendly Big Trucks up to 52 tonnes are produced, including the award winning Hyster® ReachStacker.  The Stage IV / Tier 4 Final ReachStacker has won accolades for its efficient engine technology for lower emissions.

The Craigavon manufacturing plant has installed a new water main to reduce water consumption, and also introduced onsite storage facilities to reduce the CO2 emissions previously incurred due to transport. Recycling is also outsourced to avoid landfill.  In 2017, the site will also be continuing its commitment to the natural environment by planting a native wildflower meadow, utilising existing green spaces to promote biodiversity.

The site producing Hyster® Big Trucks in Nijmegen has received accolades for environmental initiatives.  The factory has received a Dutch environmental award, Milieuprijs Westenweurt, for being the most environmentally friendly company in the industrial area of the East Netherlands and it has achieved 4 stars from the European Foundation for Quality Management (EFQM) for its high standards.

Hyster trucks utilise efficient AC motor and control technology, including motors that recover potential energy, and have been engineered to reduce energy consumption.  Performance settings, such as the ECO-eLo mode, also enable users to prioritise fuel and energy economy.

Product testing contributes to reducing environmental impact.  For example, at the test track at the factory in Masate, Italy, where most Hyster® warehouse trucks for Europe are built, the product testing process allows energy efficiency to be tested.

For more information on how Hyster Europe contributes positively to environmental sustainability, aiming to help improve air quality, reduce energy consumption, reduce waste and increase recycling on its lift trucks and within its own facilities, visit http://www.hyster.com/emea/en-gb/about/environmental-initiatives/ 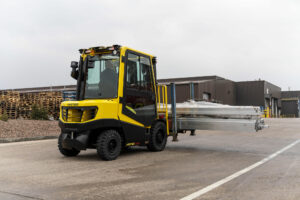 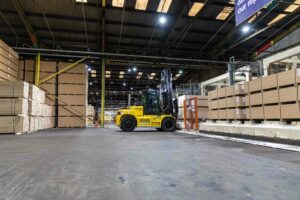 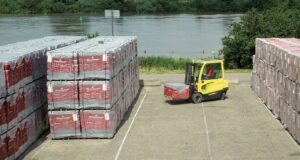